Shopping Cart
Your Cart is Empty
Quantity:
Subtotal
Taxes
Shipping
Total
There was an error with PayPalClick here to try again

Thank you for your business!You should be receiving an order confirmation from Paypal shortly.Exit Shopping Cart

The Coffee Fruit
Coffee is a part of our everyday lives, yet how many of us outside the coffee-producing countries have ever seen, or would ever recognize, a coffee cherry? 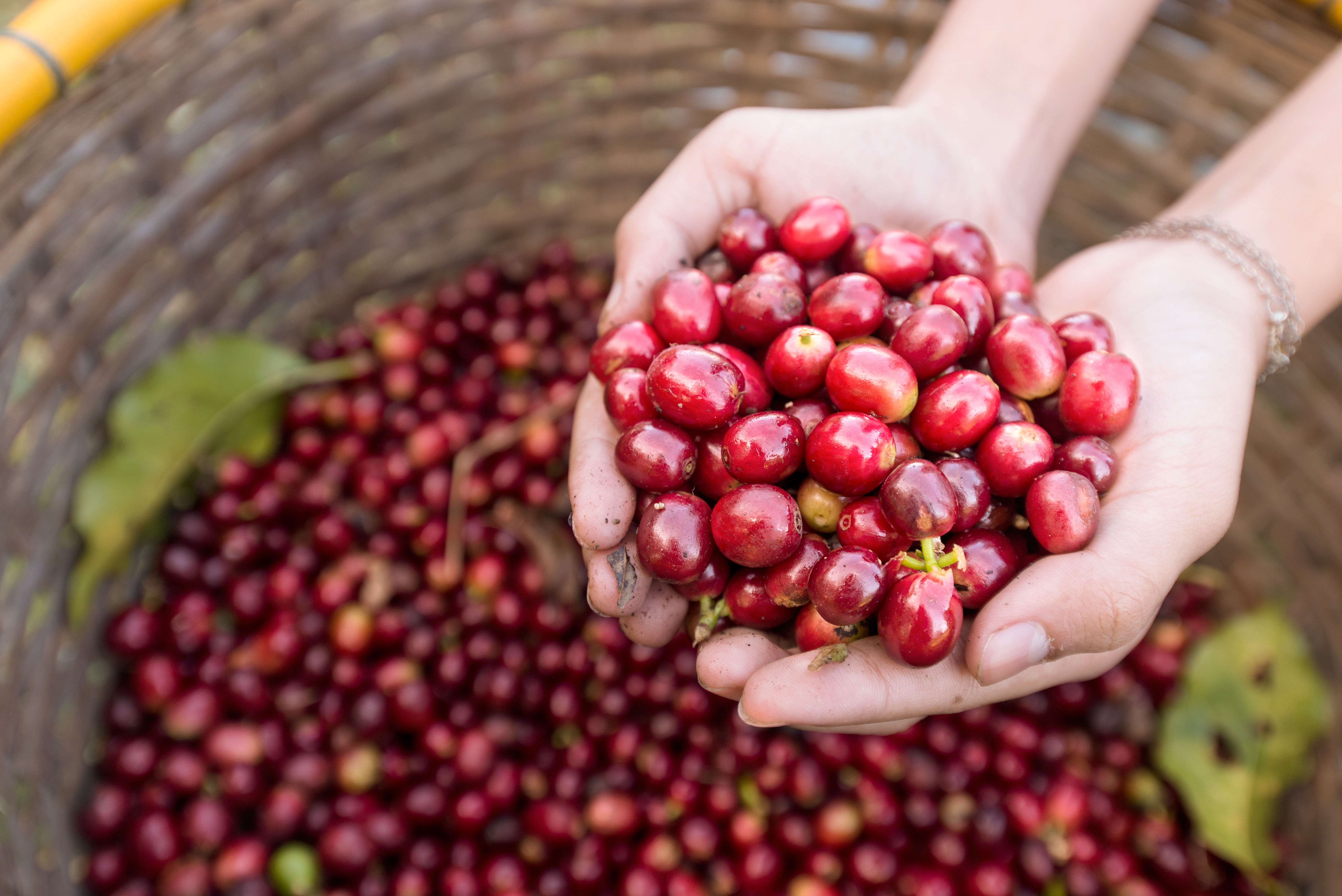 The flesh of coffee fruit is surprisingly delicious when ripe, a pleasing honeydew melon sweetness, with a little refreshing acidity. The fruits are sometimes squeezed to make a drink, but even when ripe they are not particularly juicy, and have to work to separate the flesh from the seeds. 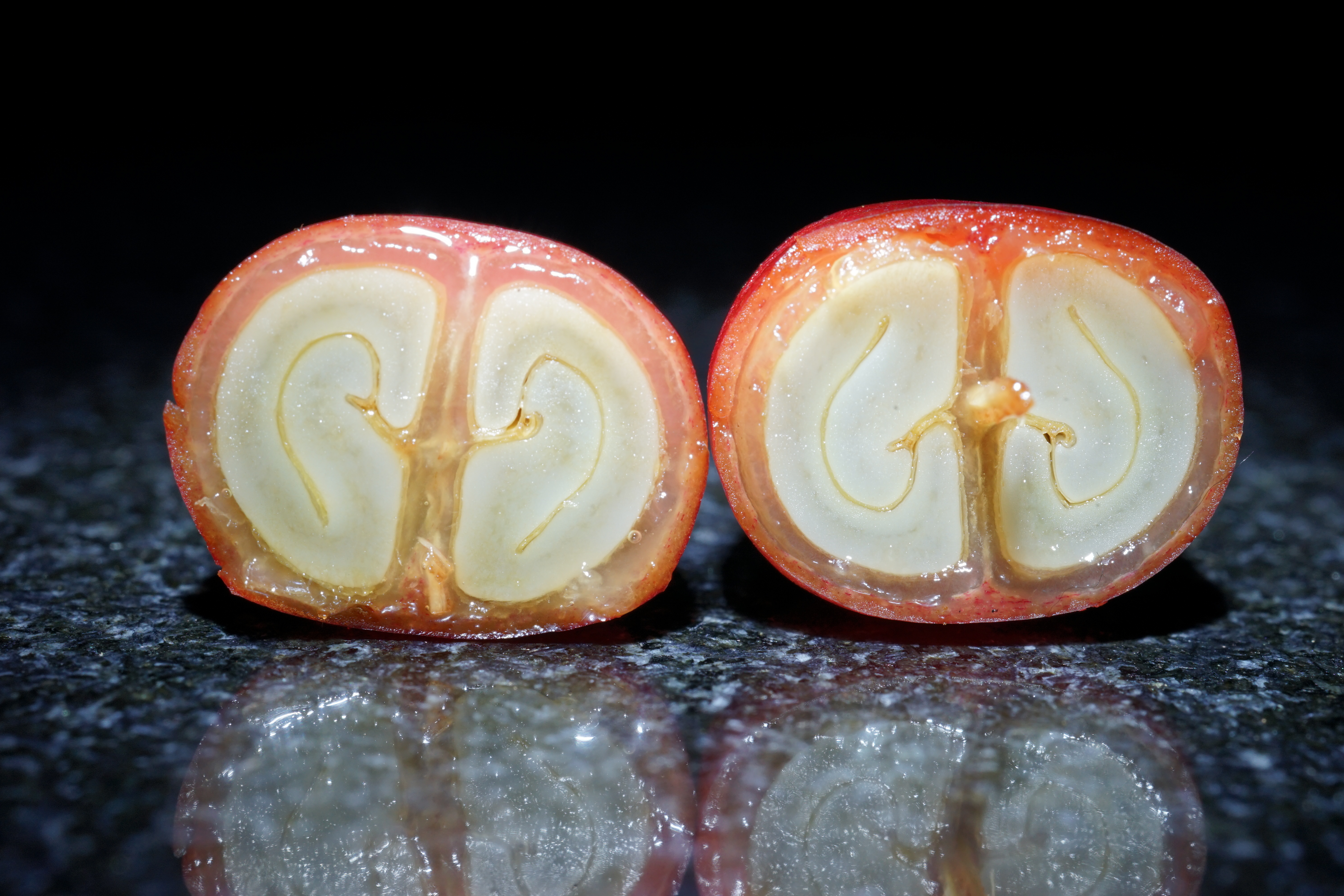 The seed, or coffee bean, is made up of several layers, most of which will be removed during processing, leaving behind the bean we grind and brew.

Few coffee consumers are aware that there are different varieties of the Arabica coffee tree.

The first coffee trees to be cultivated in Ethiopia, and this same variety, Typica, is still widely grown today.

Several species of Coffea may be grown for the seeds. Coffea arabica accounts for 75–80 percent of the world's coffee production, while Coffea canephora accounts for about 20 percent.

The trees produce edible red or purple fruits called "cherries" that are described either as epigynous berries or as indehiscent drupes. The cherries contain two seeds, the so-called "coffee beans", which—despite their name—are not true beans. In about 5-10% of any crop of coffee cherries, only a single bean, rather than the usual two, is found. This is called a peaberry, which is smaller and rounder than a normal coffee bean. It is often removed from the yield and either sold separately (as in New Guinea peaberry), or discarded. 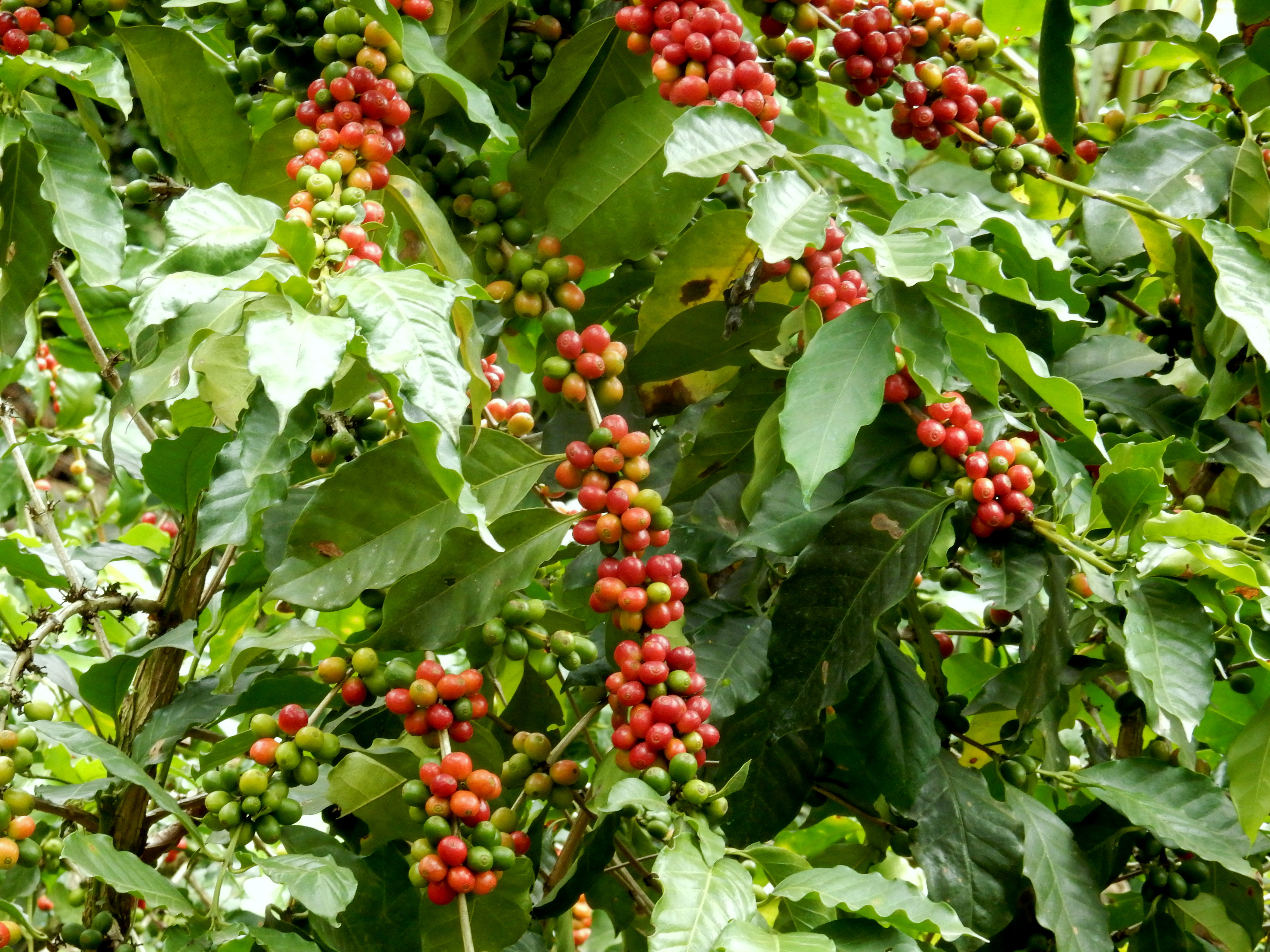 According to popular legend, the coffee plant was discovered in Ethiopia by a goatherd named Kaldi. The first coffee plant was found in the mountains of Yemen. Then by 1500, it was exported to the rest of the world through the port of Mocha, Yemen.